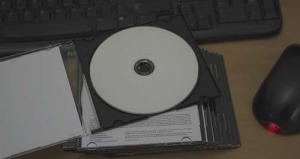 A full system backup is something that is absolutely essential to have if your computer system completely crashes. Unfortunately, it is not often done, even by those who are pedantic about data backups. A full system backup is one that will allow you to start with nothing, and rebuild your system back to a fully working system without having to reinstall the operating system or applications. Unfortunately such a backup is extremely large and time consuming, and the reason that it often does not get done. Many professionals reason that today’s hardware is so reliable and unlikely to fail so badly that a full system backup is required. Hence they dispense with the effort for such a backup, and in the rare situation that such an event occurs, they expect to rebuild their system from new, installing the Operating System, and then all the applications that are required, and then restore data from the regular backups.

Given that a typical Windows system in normal operations could take several hours to back up and require 100’s of Gigabytes of storage, this is a reasonable option. If this option is taken though, It is critical that all installation media for the Operating System and applications is kept and readily available if they are required. If the installation media is CD, DVD, etc. this is simply a matter of keeping them all in the same place. There is a growing trend though for applications to be installed directly from the web, and this could prove to be more of a challenge. Where possible, do not install direct from the web. Rather, download the installation file and install from that. When you have the installation file, you can then make a copy of that and store it with the other CD’s or DVD’s. If this is not possible, then it is highly recommended to have a paper trail showing exactly how the application was downloaded and installed in enough detail that it can be repeated long after everyone has forgotten the original details. In particular, make sure you have whatever licence numbers and/or installation keys are necessary. If you are in a situation where you need these backups, it is highly likely that digital copies of this information will also not be available. Hence the need to be pedantic at installation time.

If you do decide to make a full system backup, then you only really need one backup as long as you know that backup is working. In other words, take a full backup when the system is first set up, or when you have major changes to your applications etc. There is no need to have a full system backup every week or month. It is also suggested that you back up to Blu Ray disks. A standard Blu Ray disk will hold 25Gb, and there are double and quadruple capacities available. You could backup to an external drive, but if you do, you are relying on that drive not failing. Unfortunately, some have relied on external drives only to find that the drive itself has failed and all of their backups are gone.

While discussing System Backups, Windows will also allow a “System Repair Disk” to be made. This only holds critical information for the Operating System and would easily fit into a DVD. It is also relatively quick – a matter of minutes rather than hours. This could not be used for a total rebuild, but is particularly useful if the Operating System itself is corrupted, which could happen as a result of a virus, an abrupt shutdown, disks starting to fail, etc. This Repair Disk will allow the OS to be repaired without necessarily having to do a total rebuild. Store this disk carefully as it can provide administrator level access to your computer. It is not something to be in the hands of someone you don’t trust.

In summary, a system backup is critical to have in the event of a total system failure, and this can be held in two forms. Firstly is to have copy of all the original distribution media for your OS and all your applications, and use this to totally rebuild from scratch. The second way is to take a full system backup when you first build the system or when you make major application changes to it. Either way works but with different strengths and weaknesses, and both are a lot less painful than having no backup at all if you are in the position to need one.